When and how to use guilt to discipline kids 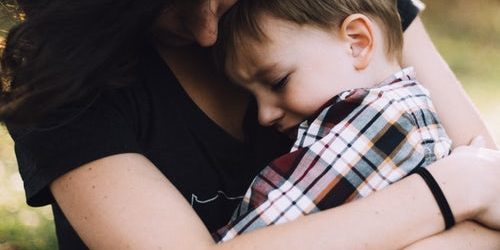 The idea to use guilt to discipline kids sounds downright terrible. But just give this a second thought before losing focus. Although mom-guilt is the stuff that family comedies are made of, it seems like a certain amount of parental guilt is what most kids need to become better people.

From a cultural perspective, guilt works far beyond just the world of parenting. It’s what keeps people from parking in spaces they’re not supposed to park in. Guilt is a prosocial emotion, and to feel guilt, people have to understand how their behaviour affects those around them.

Guilt is also super uncomfortable. It’s a feeling that nobody (including kids) wants to feel. But as parents, we shouldn’t confuse guilt with shame. Shame doesn’t work for disciplining kids, and it forms part of fear-based discipline.

When to use guilt to discipline kids

It isn’t until kids have developed a “theory of mind” that they can feel guilt. This is when they understand that we all have different thoughts and desires. It usually starts developing at around three years of age. This is when kids can start practising empathy when they take perspective of the world around them.

When kids can start to think “Oh no, I’ve done something wrong”, that’s when parents can discipline with the help of guilt. You can start by asking them how they plan on making things right again.

The idea isn’t about making kids feel bad about themselves though. The whole point of parenting with guilt as a discipline tool is to lead your kids to understand what they have done wrong. We do this by asking them to think about their actions and how it makes another person feel.

When we use guilt to discipline kids, we’re teaching our kids that their behaviour is connected to morality and character. As soon as they start feeling the guilt for something they have done wrong, we have an opportunity of leading them towards reparations.

If used to its full extent, guilt will help kids better understand the importance of treating others the way they’d like to be treated. Using guilt to discipline kids might not have sounded amazing at first thought, but just give it a try, we promise you’ll be amazed at the results.