The most beautiful baby names inspired by the stars 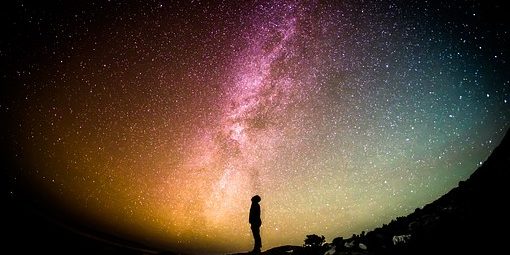 Naming a kid today is much more complicated than it was decades ago. Back then, a name was just a name. Today, we have to pick names that are kind of popular, but not too much. The name has to sound right, and you can’t use a name that one of your friends already used. There are a lot of technicalities to naming a kid. So to give you some fresh new ideas, we’ve rounded up some uber cool baby names inspired by the stars and all things celestial.

A roundup of the best baby names inspired by the stars

Named after the Greek hunter, the Orion constellation has authority on all things celestial. According to Space.com “the constellation is “located on the celestial equator. It is one of the most prominent and recognisable constellations in the sky and can be seen throughout the world.”

We like this unique name for a baby girl. Alula is the star that marks the hind foot of the Greater Bear constellation. The name definitely isn’t widely used, like a Sarah or Maria, and really has a catchy vibe to it.

Nova means “new star”. These stars are a lot brighter than older stars and gradually fade to their set intensities. When a star becomes a Nova, it transforms from being dull to being almost as bright as the moon. We reckon this is the perfect unisex name for a baby that is bound to be brighter than anything else in this world.

Alya has an ancient Arabic meaning that translates to “the fatty tail of the sheep” which isn’t impressive at all. But when taken in contexts of the stars, Alya is a double star. We reckon this is a pretty name for one of your twins or if you’re expecting a baby Gemini.

If you’re a Harry Potter fan, this name will spark familiarity with you. Sirius is also the name for the brightest star in the night sky. Sirius is unique in the fact that it is the most brilliant, being about twice the apparent brightness of the next brightest star, Canopus.

For a cute baby boy name, we love the idea of Leo. The constellation was first catalogued by the astronomer Ptolemy in the second century and has been around for ages. The name means “lion”, which obviously translates to strong and fierce.

Rigel is much more than just a famous interchange on South Africa’s roads. There’s actually some seriously interesting mythology behind the name. The story goes that Orwandil was travelling with his companion, the Norse god Thor when his big toe froze in a river-crossing incident. Thor broke off the frozen toe and threw it into the sky, where it became the star we now call Rigel.

Awesome baby naming advice all parents-to-be need in their lives
06.07.2018