Pregnancy skin issues and why they occur 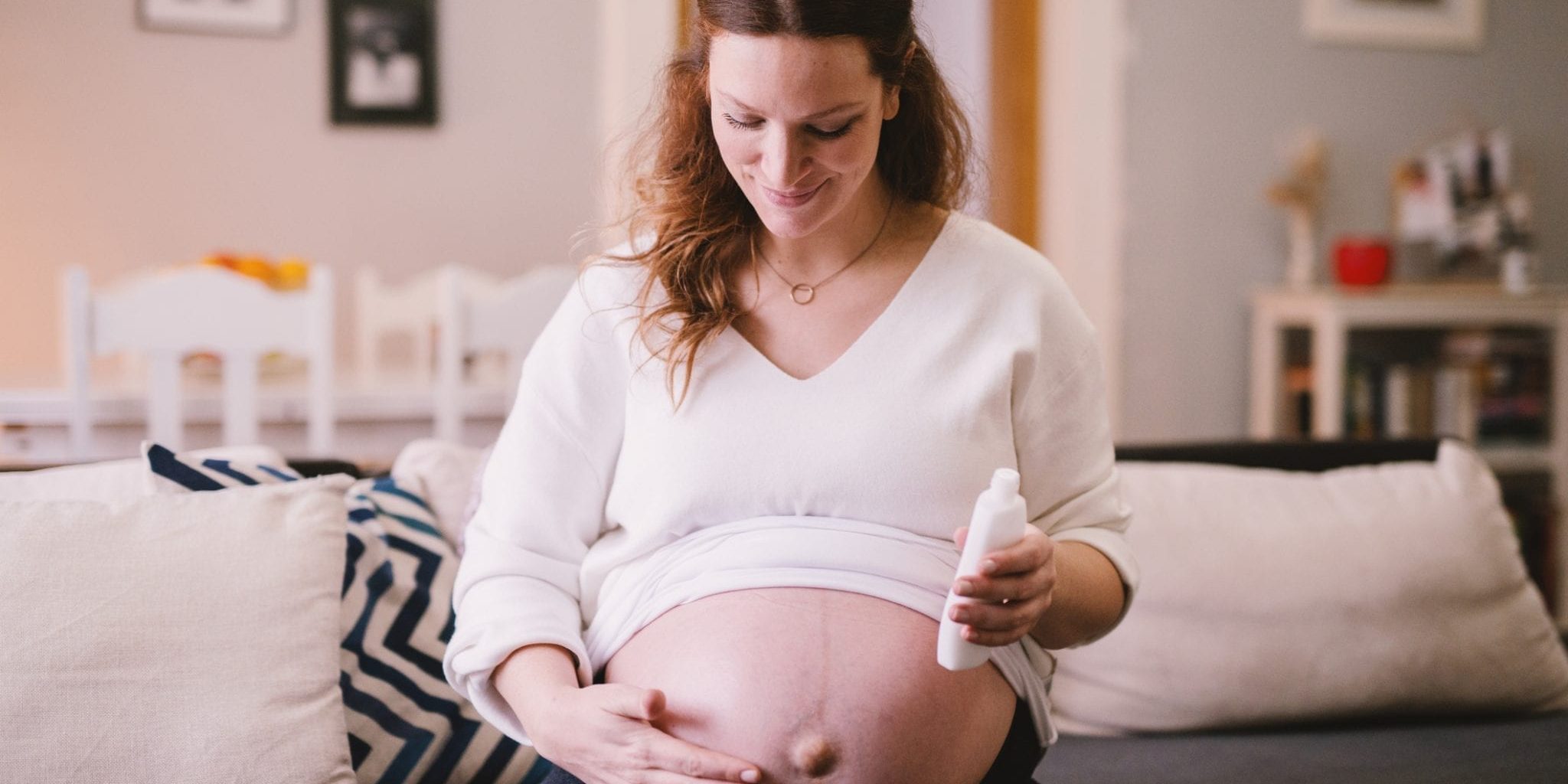 Other than stretch marks, the one change that happens when a woman is expecting a baby is pregnancy skin issues. Dark spots, melisma, hyper-pigmentation, linea nigra, acne, spider veins, varicose veins…the list goes on and on. Luckily, these skin conditions are all normal and all happen due to hormonal changes. Let’s take a look at some of the most common conditions.

Also known as the “mask of pregnancy”, hyper-pigmentation is the presence of brown patches on the skin. It can occur on the forehead, nose, and cheeks, in which case it’s referred to as melisma.

Pruritic urticarial papules and plaques of pregnancy (PUPPP) are one of the lessor know pregnancy skin issues that cause red bumps to appear on the skin that causes itching, burning or stinging. The bumps can cluster together in a small area or cover a wider area and form a plaque. These bumps appear on the breasts, abdomen, legs, arms and buttocks. The good news is that the condition resolves itself once you give birth.

Skin tags can appear on the breasts, neck, groin and back during pregnancy. Unless they’re irritated by clothing or frequent movement, they really aren’t a cause for concern. If they’re annoying you, your doctor can remove them for you.

Purirgo of Pregnancy is small itchy red bumps that can be mistaken for scabies or bug bites. This condition is caused by hormonal changes during pregnancy and affects the immune system. The symptoms can worsen by the day and sometimes don’t resolve until months after giving birth.

Pemphigoid gestationis is an autoimmune skin disorder characterized by blisters on the tummy and other parts of the body. it generally appears around the 2nd or 3rd trimester or immediately after birth.

Annoying pregnancy discomforts nobody told you about
04.08.2019