Five things to know about the second trimester 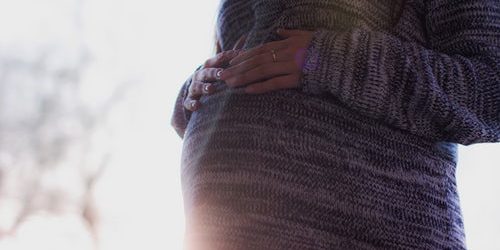 Top things you need to know about the second trimester

Trimester two is much more comfortable than its predecessor, which means a lot of pregnancy symptoms will start fading now. If you’ve been suffering from morning sickness and fatigue, you’ll be happy to see them say their goodbyes during the second trimester.

During the first trimester of pregnancy, you might have battled with food aversions. But in the 2nd trimester, most women see an increase in appetite as well as heartburn. This is when the real pregnancy cravings often kick in.

You’ll find out your baby’s gender

A lot of moms-to-be can’t wait for the gender reveal that becomes possible in the 2nd trimester. During the first trimester, your baby wasn’t developed enough to tell the gender. But all that changes after three months of pregnancy. Your official ultrasound during this semester will help clear up whether you’re team Blue or Team Pink.

Your baby can start hearing you now

When your baby is around 16 weeks in utero, his or her ears will start developing rapidly. This will ensure that they’ll be able to hear what goes on in the outside world starting from the second trimester. Keep in mind that it won’t be until week 27 that your baby will start recognising your voice.

During the first trimester, your baby was just way too small to make any noticeable moves, but this changes in the 2nd trimester. Initially, your baby’s movements might feel like gas or a muscle spasm. By month 5 of pregnancy, you’ll easily recognise the movements your tiny acrobat is making. By the time you reach the six month mark, your baby will have developed noticeable patterns of movement, which will be more prominent when you go to bed at night.

Annoying pregnancy discomforts nobody told you about
04.08.2019