Benefits of excluding dairy from your diet: Weighing up the options 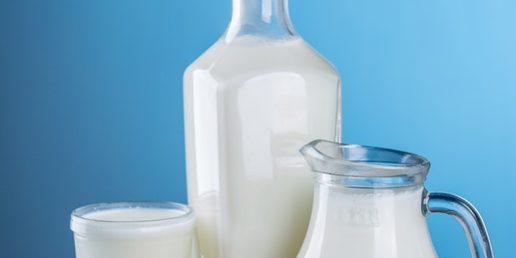 These days, it seems like everybody’s got milk. The average person will consume about 20 kilograms of cheese and roughly 12 kilograms of some version of frozen dairy within one year. Oh and then there’s the fact that they’ll top it all off with give-or-take 100 litres of milk. According to the stats anyway. We live in a dairy-loving world. B slowly and surely, it might appear that people are starting to see the light. Whether that’s driven by a dairy-substitute market flood, we’re not too sure. So what are the benefits of excluding dairy from your diet?

Benefits of excluding diary from your diet

Some research studies suggest that the moo juice might be one of the causes of acne. Which could be the end of life for zits as they’ve always known it once you quit the white stuff.

You may be able to lower your cancer risks

We’re all petrified of cancer, but we’re all susceptible to it. In Sweden, researchers proved that consuming milk more than 250ml per day may easily double a woman’s risk of contracting ovarian cancer. In another study done at Harvard, it was determined that men who drank 2 or more glasses of milk on a daily basis might increase their risk of contracting prostate cancer by as much as 34%.

You’ll have to source probiotics elsewhere

Okay so this isn’t technically a benefit of not consuming dairy. But once you do quit the white juice, chances are good that you’re going to miss out on the opportunity of consuming a lot of probiotics. Probiotics are healthy bacteria which we need to keep our bowel movements, well, moving along at a regular speed. This doesn’t mean you’re doomed though. Make sure to include foods such as sauerkraut, pickles, and even tempeh in your diet to get your daily dose of probiotics!

A lot of folks swear by the idea of dairy being a major culprit in the battle against the bulge. But that might not be entirely true. A Swedish study found that a test group of subjects who consumed a lot of dairy products managed to stay on par with their starting weight (or even lost weight) when compared to the control group, who had been asked to banish all dairy from their diets. The reason for this is because dairy products contain a lot of feel-fuller-for-longer fats, essentially keeping the test group away from snacking.

Gas could be a serious problem

Most people that eliminate dairy from their diets turn to subs such as Soy because it has much the same taste and texture as milk. The problem with Soy is that your body has a hard time digesting it. All this equates to is bloating and gas since the Soy sugar molecules land up stranded in your GI tract.

You may live longer

A study done in the BMJ found that people who consume a glas of milk on a daily basis may have an increased risk of deat. Which is as high as 15%! The main reason for this is due to the sugar found in milk. Galactose is a culprit which may cause oxidative stress and inflammation.

The benefits of fermented foods and why you need them in your life
01.12.2019