Baby looks like who? What babies inherit from their dads 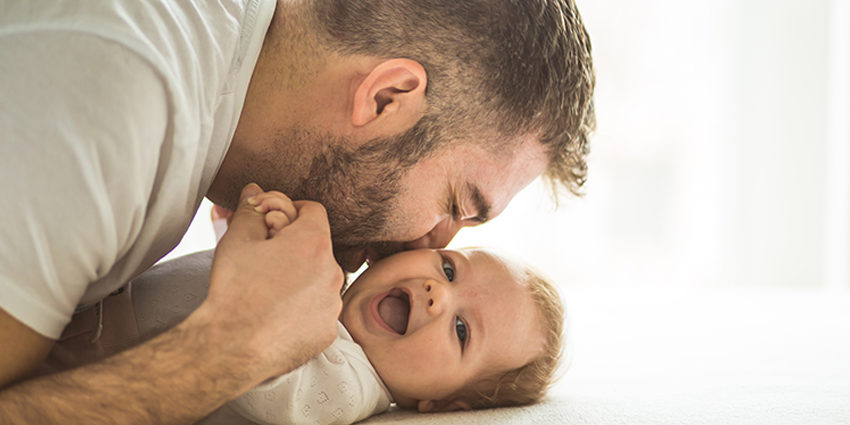 There are a lot of things that babies inherit from their dads, and with good reason. When it comes to certain traits, the dad’s influence is much stronger than the mom’s. With that said, let’s take a look at what you can expect your baby to get from dad’s side of the family.

Here’s what babies inherit from their dads

There are few things cuter than dimples on babies. You can almost bet that baby will get dad’s dimples if he has them.

Certain genes, like brown eyes, are dominant while blue eyes are recessive. And depending on who has the more dominant gene, eye colour is something that babies inherit from their dads in general. But there are always exceptions to the rule. Sometimes, a dad’s recessive genes sneak in. In this case, even if mom and dad both have brown eyes, the baby might have blue eyes. That’s because dad had recessive blue eye genes that came through when the baby was conceived.

Yes physical features are something babies inherit from their dads more often than not, but it doesn’t stop there. Fathers have big roles when it comes to the behaviour of their babies. It seems like risk-seeking behaviour is something kids inherit from their dad’s side of the family. If dad is always looking for the next thrill, the chances are high that junior will be like that too.

If your baby has a cute little button nose, your hubby probably has one too. Noses do tend to change as we mature, but in general, nose shape is something that babies inherit from their dads.

Height is something that’s determined by genetics, which means that tall people make tall babies. More often than not, your baby’s adult height is hereditary, although there are exceptions to the rule. So it’s all in the genes, mostly in dad’s genes!

Just like height, overall size and build are largely hereditary. Yes, there are outside influencers that contribute to the size your kid will be, but genes are the dominant factor. This gene is also mostly passed on from dad’s side of the family.

Although fingerprints are genetic, they’re mostly based on dad’s genes. Yes, we all have unique fingerprints, but in most cases, a baby’s fingerprint patterns are quite similar to those of her or his dad’s.